Taylor’s exhibition at the Fogo Island Gallery follows on from his two-part residency with Fogo Island Arts in 2010 and 2012. The artist conceives his sculptural components — stripes and dots in many variations — as words in a sentence, the articulation of which can be ongoing. All photos: © Steffen Jagenburg 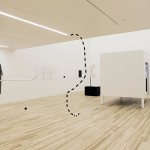 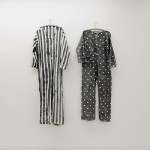 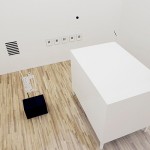 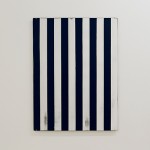 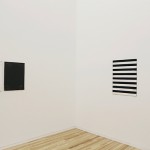 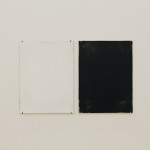 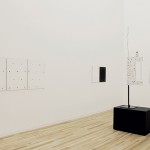 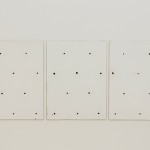 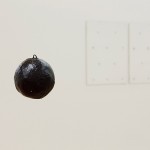 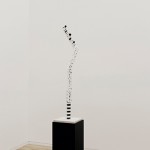 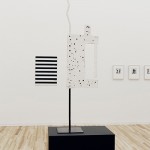 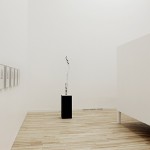 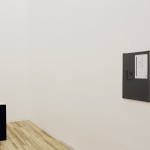 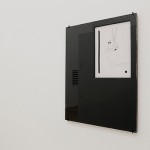 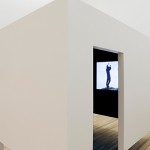 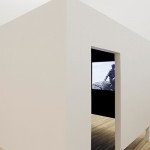 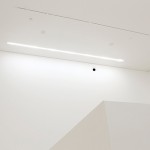 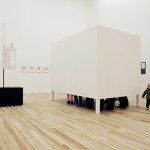 As an artist, Zin Taylor does his job by making a kind of formally whimsical meta-art. Each work he makes never exists on its own but instead fits into a bigger conceptual framework Taylor has invented. His artwork constructs meaning while at the same time reflects on how that meaning is made. Individual works are subsumed within titles that tilt to the meta (i.e., A Haze of Influence Choreographed into an Arm Pts. 1-5) to connect each one to the larger territory of his practice as a whole. What this indicates is that Taylor works with ideas as much as things — but then often the things are the best guide to what the ideas want to be. Continue reading essay →