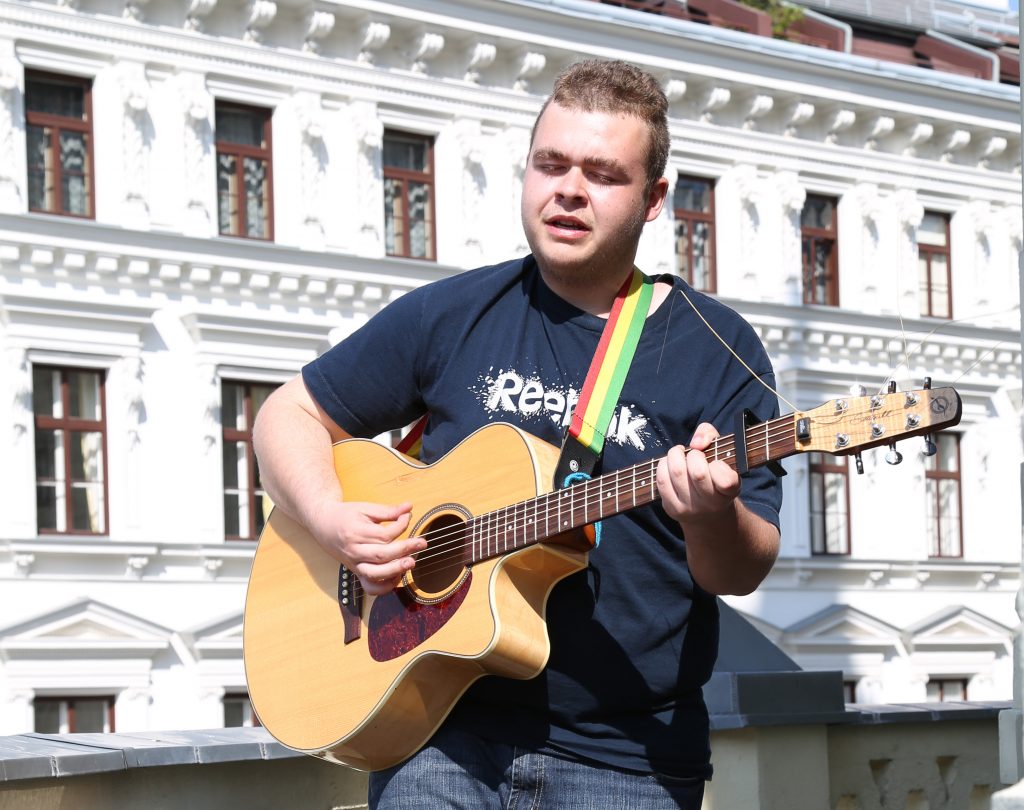 Fogo Island is reeling from the loss of a brilliant musician and a bright light. Mike Penton, “Mikey” to his friends, grew up in the community of Joe Batt’s Arm, surrounded by music.

In his teens, he played concerts locally, and began performing regularly at the Fogo Island Inn. His immense talent was recognized by all who heard him, and his witty sense of humour, warm presence, and contagious smile charmed us all. In 2017, Fogo Island Arts created a special residency initiative in recognition of Mikey’s exceptional gifts: he spent two months in Vienna, where he received formal training from professional musicians and singers, while also playing several house concerts and performing at an exhibition opening at Kunsthalle Wien. More recently, Mikey had become a much-loved regular playing in the pubs of St. John’s while continuing to grace Fogo Island establishments with his infectious stage presence when he frequently visited home. His voice and musicality were adored and revered far and wide, conveying a deep love for Fogo Island that translated into something all could feel.

As FIA’s Strategic Director, Nicolaus Schafhausen wrote: “His concert at our home in Berlin will forever be in my heart. And so will his incredibly friendly, always slightly smiling face – he knew more about life than he probably ever realized. This was a summer I will never forget. I have no words to express how grateful I am for having known Mikey.”

This video was recorded in August 2017, shortly after Mikey returned to Fogo Island from Vienna, as part of a special Fogo Island Arts residency initiative.

Our deepest condolences go out to Mikey’s friends near and far, and especially to his family in Joe Batt’s Arm.