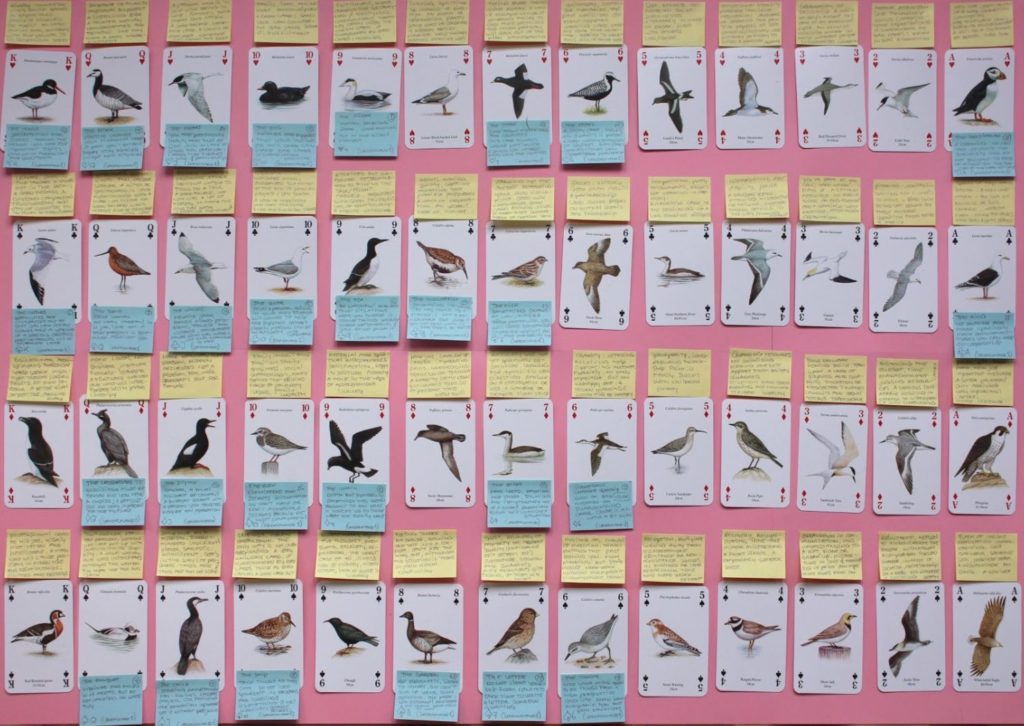 Pink Futures of a Queer Family

In these times, as we find ourselves locked in the now, locked inside our homes, the mind becomes restless. Even though the house of THE KOKRA FAMILY holds enough to read for another 18 months at least, our minds start wandering. Wanderings that we love to do outside but now take place completely within the grey-pink matter of our brains.

Maybe first things first, we will introduce ourselves here. Our family consists of two; two very different queers who navigate together. You should know that one of us has a company called: ‘Bureau of archaeology and future’ and the other has a more dreamy, naive wish to be able to see through time. This longing could best be described as a restless mind that is always trying to find answers or clues about certain, mostly unanswerable, questions. Because we are confronted always with situations in our life that have their traction from far away and will have their influence still long after. The more naive one is thinking always within this play of timelines, and reflects on them not as real timelines but as non-linear traits of spores.

As this huge window of time opens up for us, we find ourselves suddenly able to waste some of it here. Something of a great luxury that would have never happened if we were not fixed in this crisis of the COVID-19 virus trying to survive from host to host, and in doing so not only damaging the host seriously but also damaging the host’s context: a capitalist world. We are heart-struck by grief for people who are precarious and people who have lost their loved ones. We are appalled by wrongdoings and wrongdoers during this crisis. But at the same time, we see some possibilities for change for the better. The virus is showing us clearly how our bad capitalist entanglements create situations where this virus could have emerged in the first place. As we find ourselves in the luxurious position of being in good health and not facing any financial drawback yet, we also see beauty in these huge moments of reflection, in care for each other and creation together. This is how THE KOKRA FAMILY always operates, except now it has to operate within its own context and space. What keeps us sane and always happy together is our potential to use our time well and we normally never lose time with or on anything. So here we are looking seriously at this unimaginable concept of ‘waste.’ We have started new ‘waste-full’ research on the possibility of being able to learn how to predict pink-futures of our family. This research would have never been possible without this time surplus and not only this but also the fact that at least one of us rejects the idea of fortune-telling. But as we live in bizarre times, bizarre things can happen and so this bizarre research started in a different place and time. It started while one of us, while  living abroad as a MFA student and thus being in a context of cooperative research on ‘performing the living,’ found d a series of playing cards.

On two occasions a total of ten cards were found. The COOP found these to be important events and so research in ‘cartomancy’ was started. Cartomancy is about the art of fortune-telling or finding ground for answers to problems in the now with a simple deck of Western cards, instead of using Tarot cards. The reading of the cards has great similarities with Tarot but as the cards have less distinctive personalities, it is an art of finding characteristics within the numbers and the symbols. All cards are unique in a deck but are affiliated by their suit and number. There is enough to get acquainted with in each and every one of them as you slowly enter in this game of giving personalities to the cards.

So here our proposal begins. We create a new family by ourselves, the members of this family are fictional and any resemblances with existing characters or persons is pure coincidence and has no real meaning. We will surround ourselves with this new queer family that consists of 52 members. The relation with the amount of years in the Western Gregorian calendar is not coincidental nor is the relation with the suits and seasons. This is all taken into consideration as our family is formed.

The family is made of bird avatars taken from the Sea & Coastal Bird deck.

The picture above shows the complete deck of cards: To make ourselves familiar with the meaning of the cards we added yellow post-its notes with references derived from the classical translation: Tarot → a normal deck of playing cards. On the blue post-its are references derived from the famous antique Dondorf ‘Lenormand’ deck, one of the earliest oracle cards, with classic symbols that have their origin in old European Gypsy traditions.

The choice for this was easy: we love birds and birdwatching. Most of our residencies, including the Fogo Island Arts residency, are on islands where we always also seek connections with the residing birds. The art of divination through birds is called ornithomancy (modern term from Greek ornis “bird” and manteia “divination”; in Ancient Greek: οἰωνίζομαι “take omens from the flight and cries of birds”). Ornithomancy is the practice of reading omens from the actions of birds followed in many ancient cultures including the Greeks, and is equivalent to the augury employed by the ancient Romans. Ornithomancy in some form has been found globally among a wide variety of pre-industrial peoples. For example, ducks were used in Iron-age rituals related to fortune-telling.

The Pink Gaze (our final work during our 2013 FIA residency) was also made in connection with the ‘gaze’ in front of the Long Studio, a place where bird-hunters (or watchers) hide out of sight. Apparently it was a perfect spot to observe seabirds; ducks, geese and gulls. The plan now is as simple: based on the most simple throw in cartomancy, we will perform daily the three-card throw. Once we are familiar with our ‘family members,’ who they are and what they represent, we will predict or foresee the future of THE KOKRA FAMILY… To be continued.