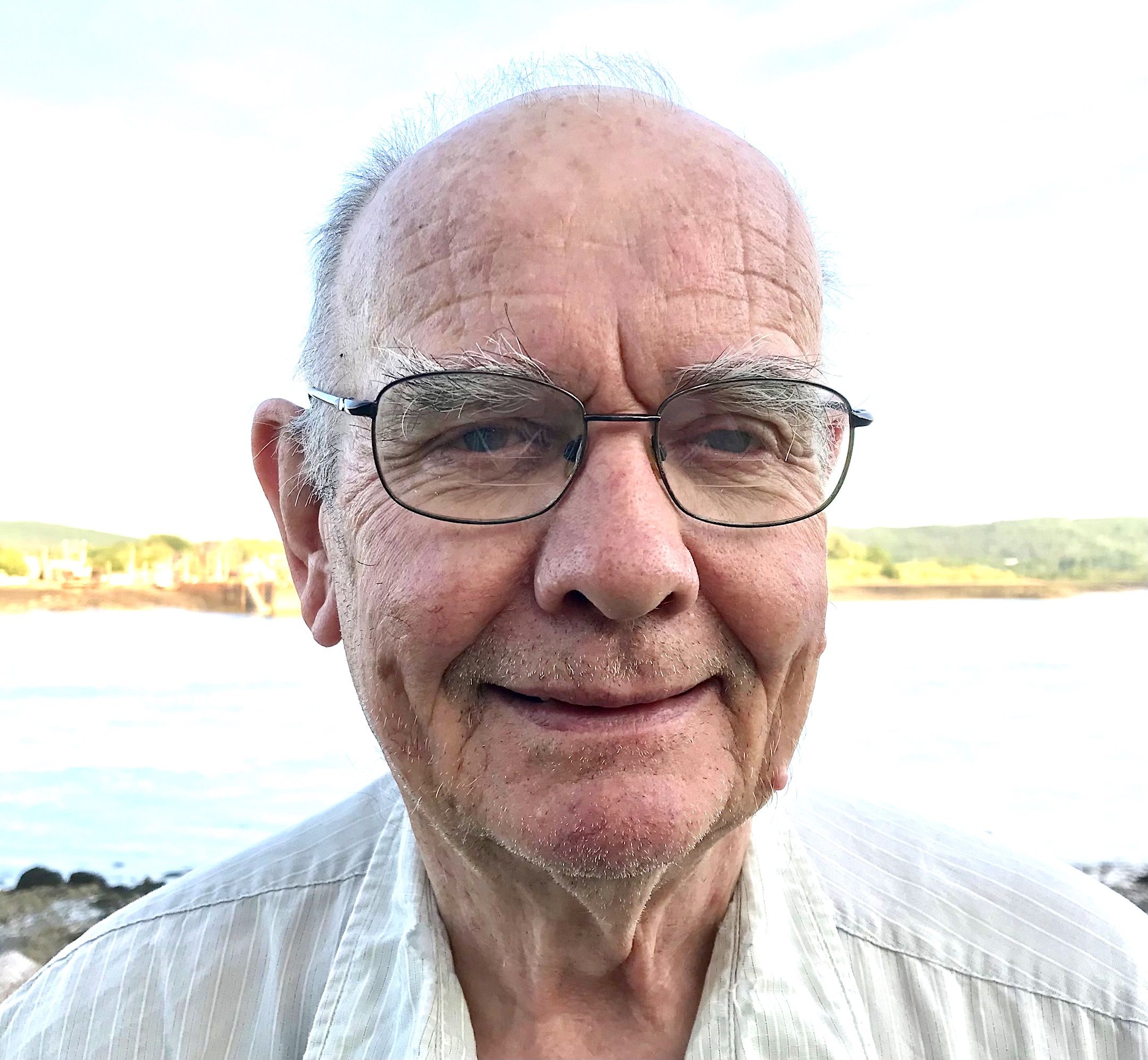 Geoff Butler is a painter, writer and amateur musician. He generally works in series or themes to better explore ‘the human condition’. His Art of War series of paintings in the 1980s dealt with war and militarism, and in the 1990s his Angel looks series was about spirituality. He wrote and published books on both series, Art of War: Painting it out of the picture  (1990 ) and The Look of Angels: Angels in Art  (2004).  His third series was called Canuckiana and this naturally evolved into his next series, Global Village, in which he depicted, in painterly terms, our increasing awareness of our place in the cosmos. In 2013 he published Our Own Little World in paintings and verse. This book is a compilation of both of these series, with accompanying text.

Butler has written and illustrated children’s books: The Killick: A Newfoundland Story (1995) and The Hangashore (1998), and a book for adult children, With Every Breath We Take: a modern fable in which a snowflake helps put an end to war ( 2007). He illustrated Ode to Newfoundland ( lyrics by Sir Cavendish Boyle and music by Sir C. Hubert H. Parry, 2003) and Ode to Labrador (lyrics by Dr. Harry Paddon with extensive text by Robin McGrath, 2016).

His next book was One Swallow Makes a Summer Meal: allegories in paintings and verse (2016). This featured a collection of paintings done during “Paint the Town”, an annual event sponsored by the Annapolis Region Community Arts Council in Annapolis Royal, Nova Scotia.

Butler’s latest book is Lullabies for Seniors: illustrated throughout with music notations (2020).