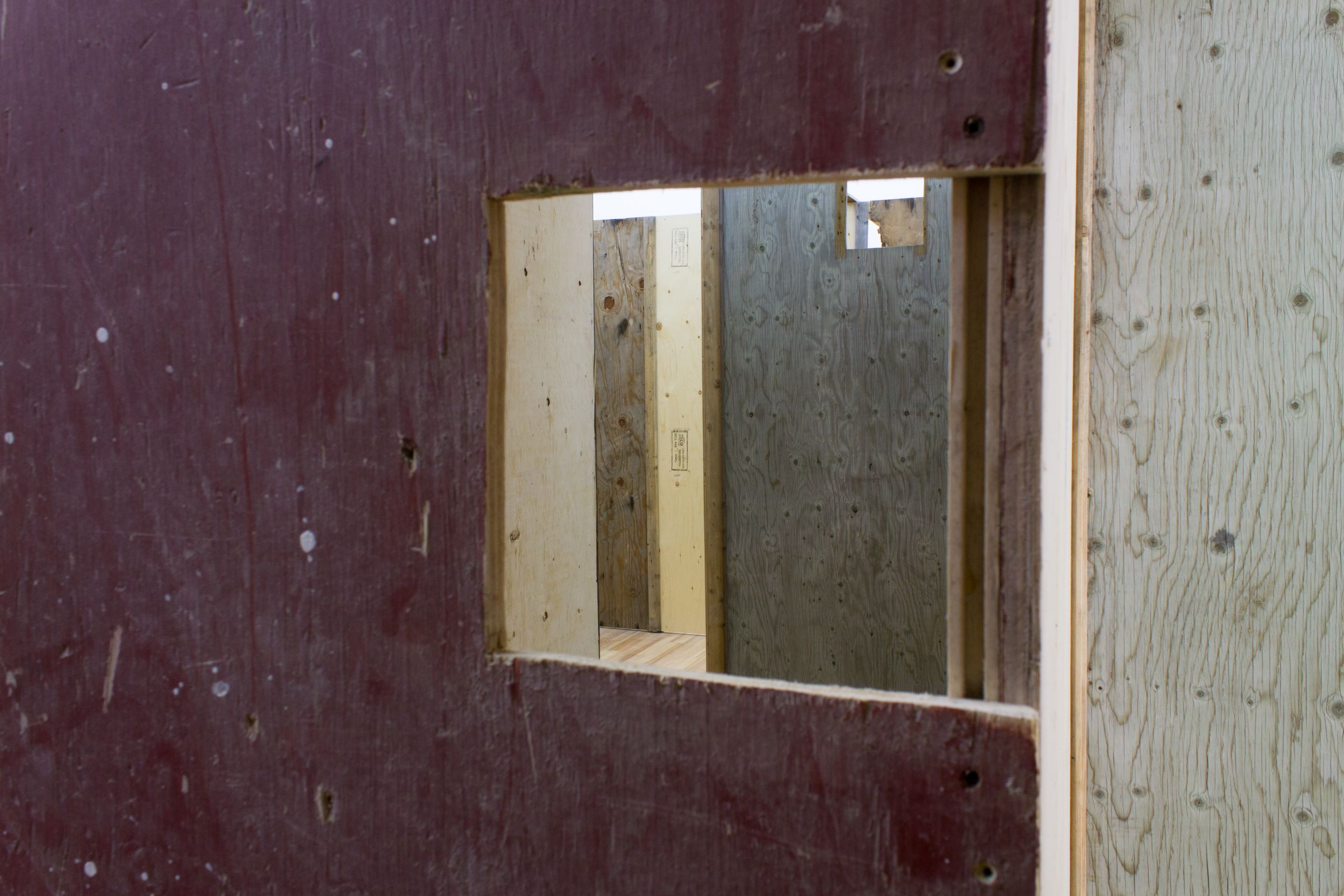 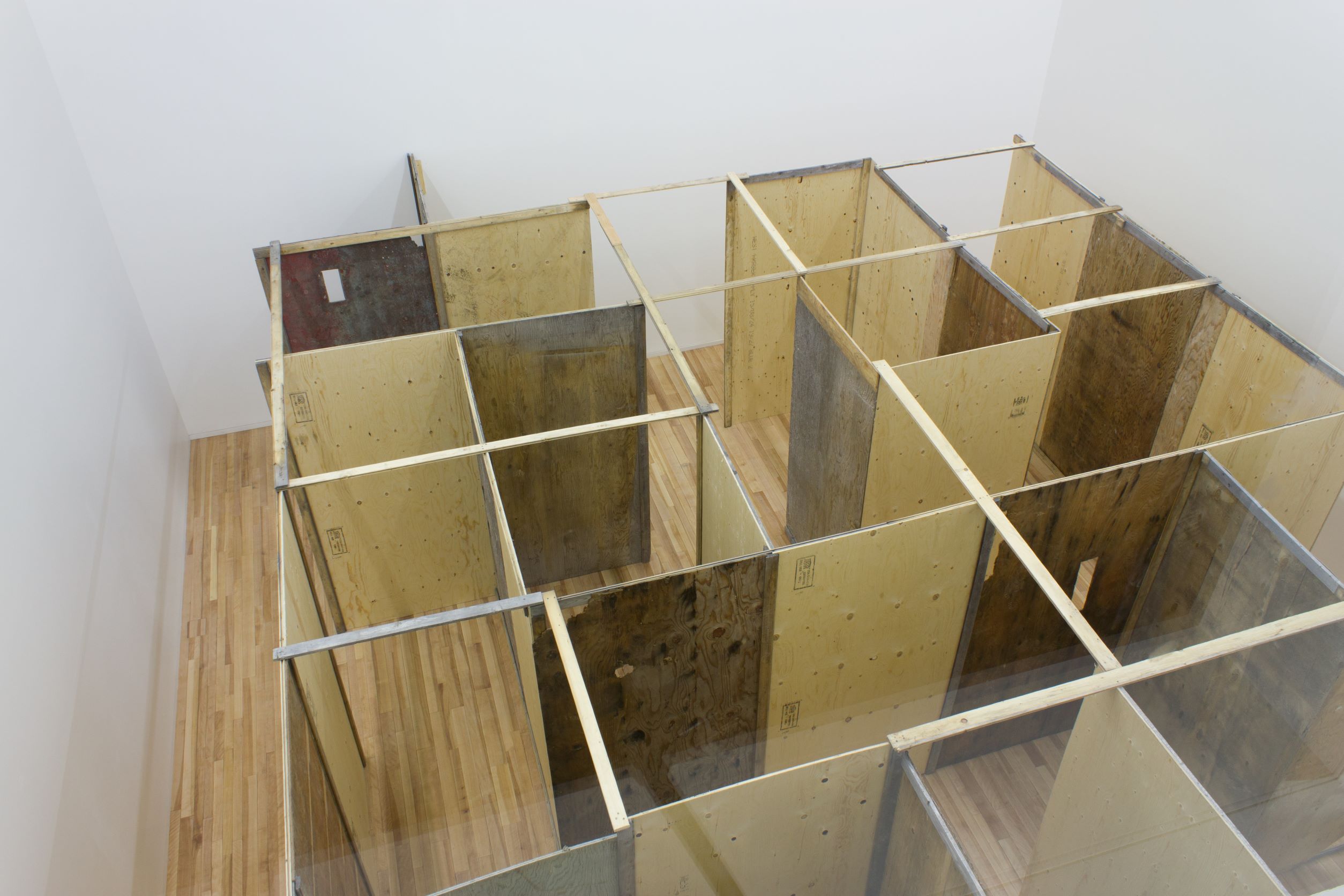 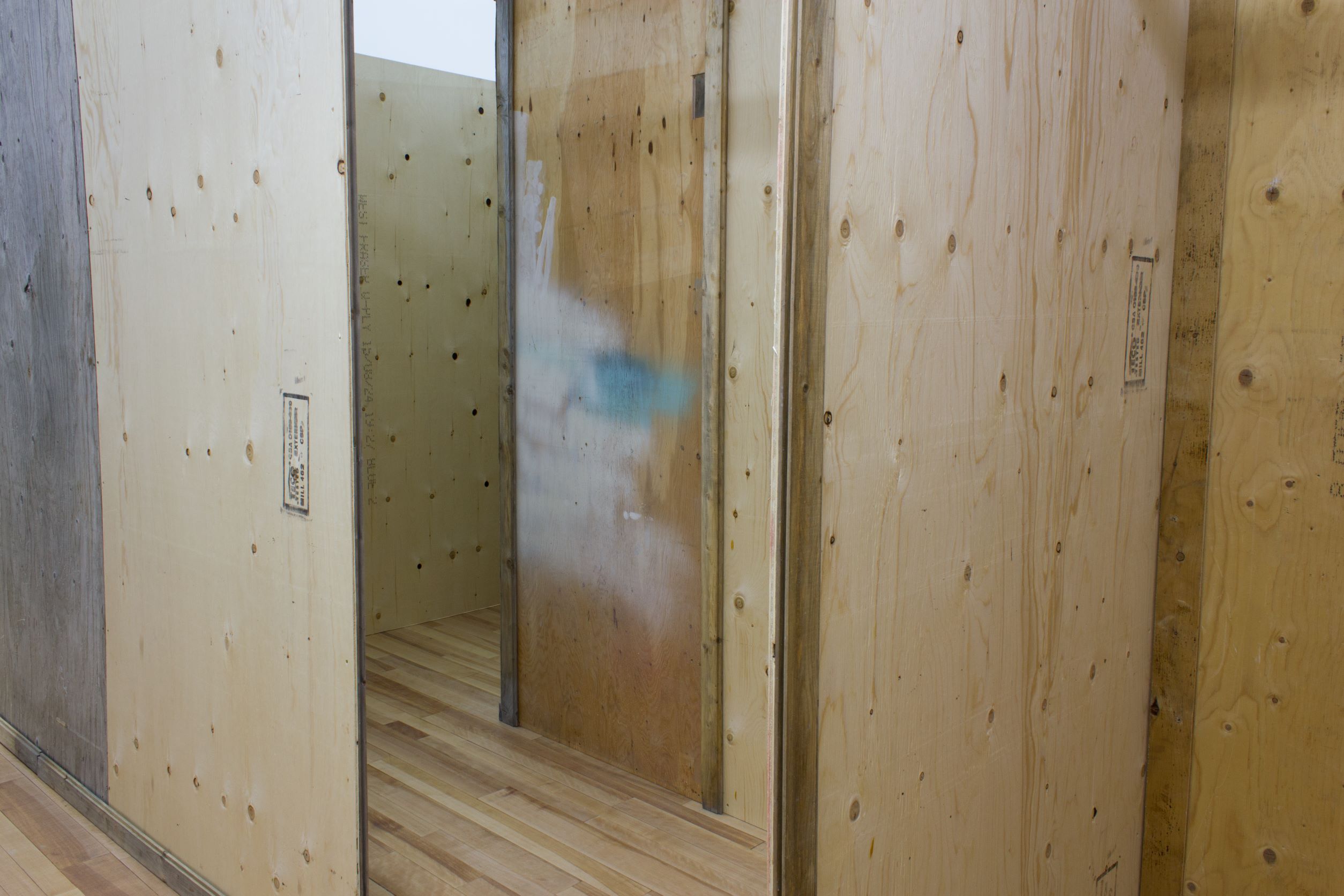 Italian artist Leander Schönweger creates a site-specific installation that recasts our conceptions of ordinary spaces, objects and elements. In Mirror, the Fogo Island Gallery was transformed into a maze comprised of found and new materials that awaited and challenged the visitor.

Seeking a path through the maze reveals its very nature. The apparent right way leads one astray, and a wrong turn offers an escape. Strange paths appear familiar and those already travelled seem strange; we move in circles, change course at dead ends, and perhaps encounter the Minotaur. The maze becomes a metaphor for confronting a challenging situation, not least for our passage through life, something we face solely by ourselves.

Another element within the installation is wind. Ever-present on Fogo Island, wind evokes a sense of endless space, the source from which it derives and returns. The sensation of wind relates to the feeling of gazing into a starry night sky, perceiving a void that makes one seem inconsequential. Like Caspar David Friedrich’s Monk by the Sea (c. 1809), where the figure seems to merge and dissolve into his surroundings, there is a sense of powerlessness before the absolute.

Alone in the maze and buffeted by the wind, we forge a path in which to lose ourselves and find everything.

Based in Vienna, Leander Schönweger constructs scenarios that tell no story, but create atmospheres with their own open, dreamlike logic. His installations seek to address the symbolic meanings of objects and situations on an individual subconscious level. At once familiar and foreign, his works evoke a sense of alienation as much as déjà-vu, triggering associations based on a viewer’s personal memories and the larger cultural matrix. Schönweger studied sculpture and multimedia at the University of Applied Arts Vienna and Kunsthøgskolen, Bergen. Recent exhibitions include Parallel Vienna, Alte Post, Dominikanerbastei, Vienna (2015); Psychogramm, Zur Alten Traube, St. Ulrich (2015); Destination Wien (2015) and The Fog Disperses (2014), Kunsthalle Wien. He is the recipient of the Kunsthalle Wien Prize 2014.

Gratitude is extended to Central Newfoundland Waste Management, Fogo Island, and to the Shorefast Foundation for its generous support of this exhibition.

Group Exhibition, Belonging to a Place (2017)