The Shape of Desire 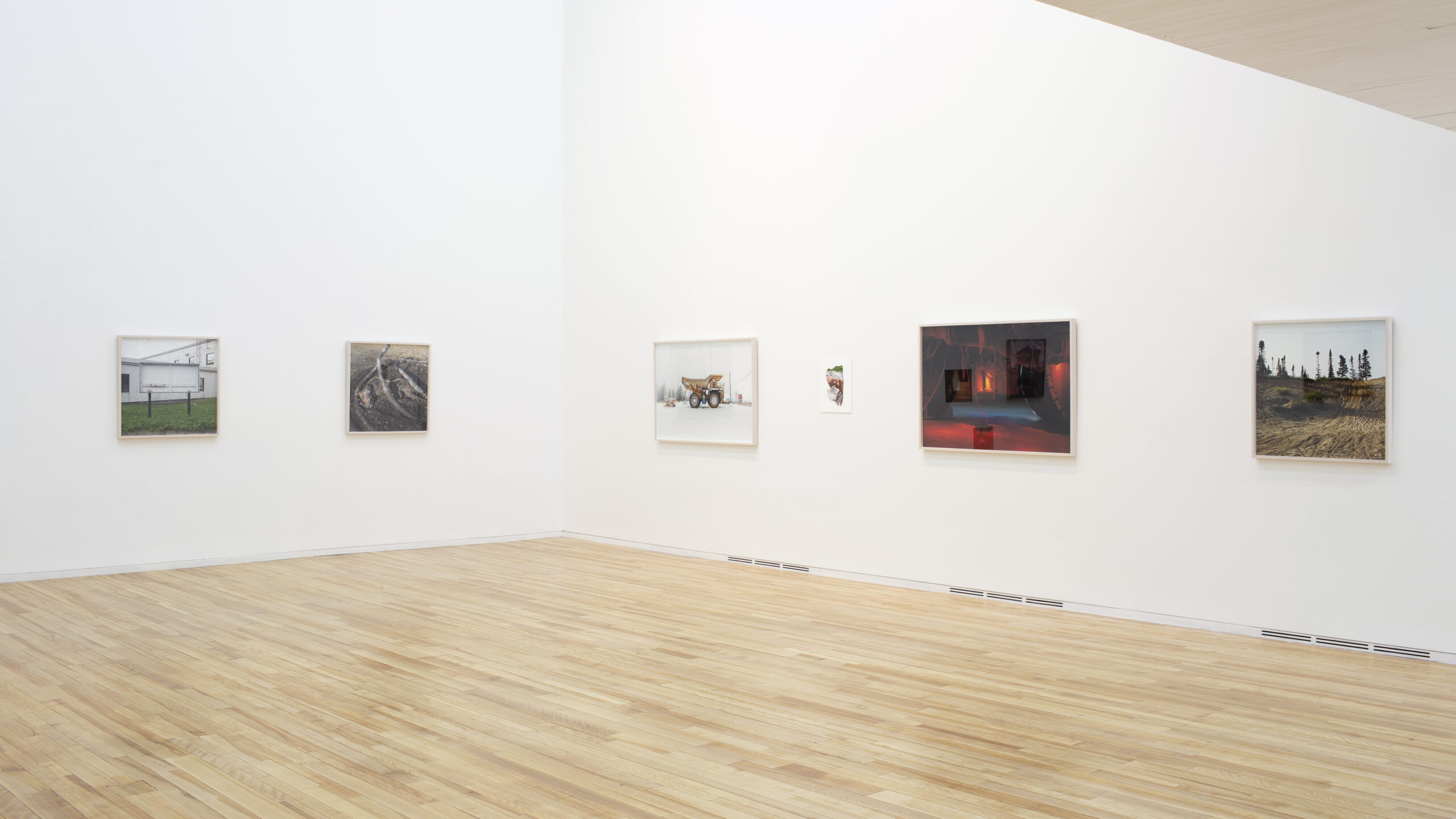 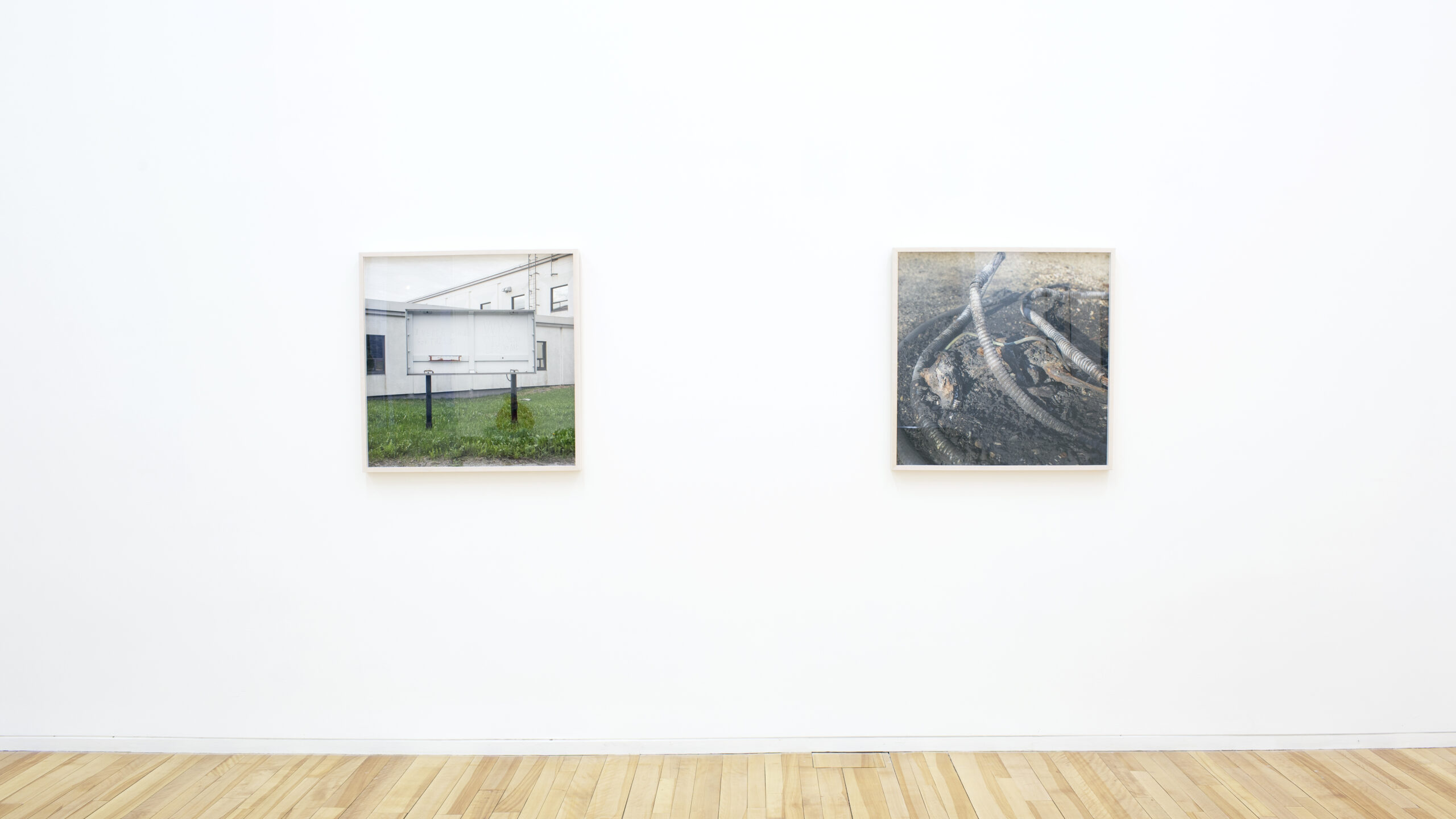 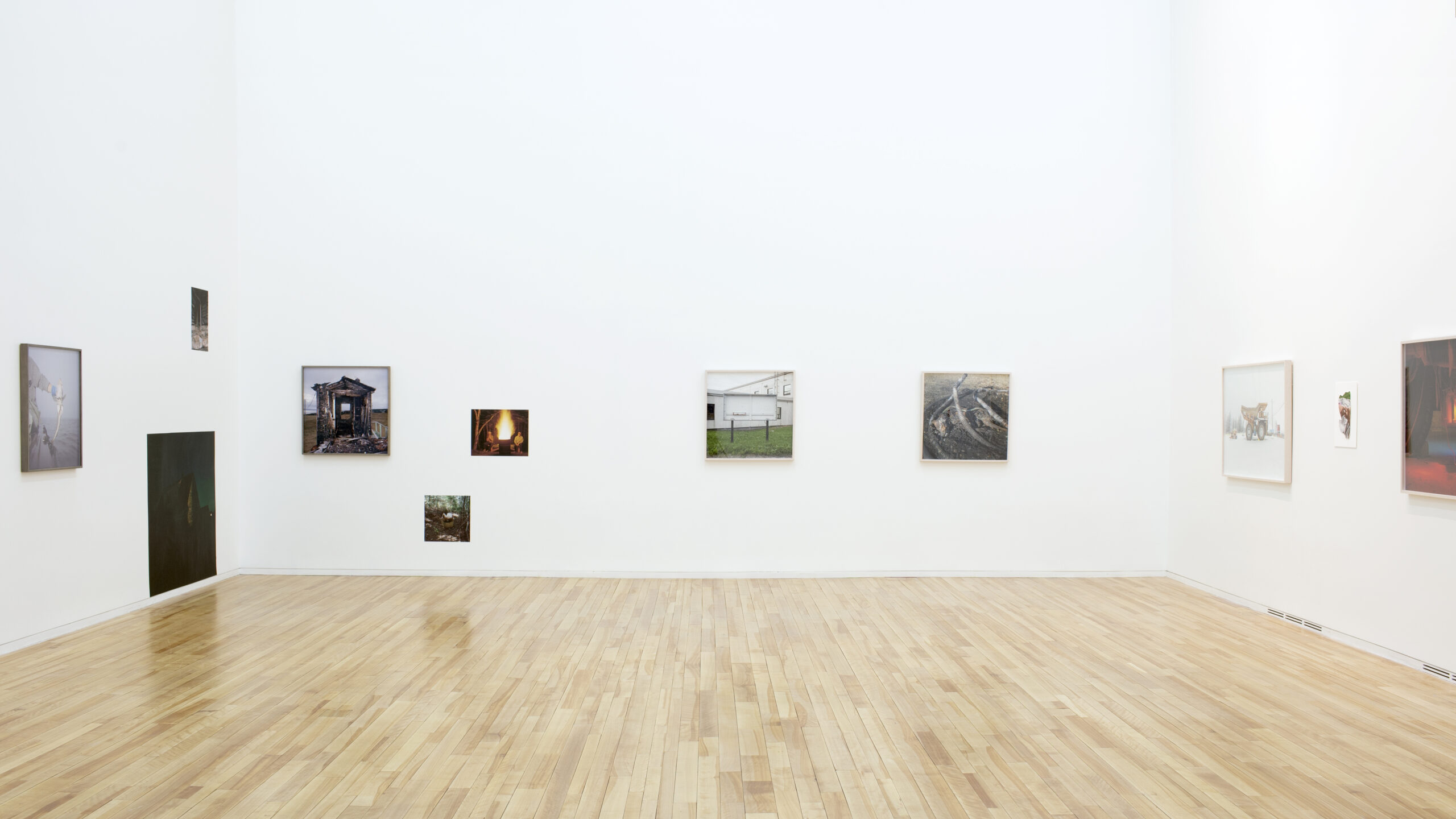 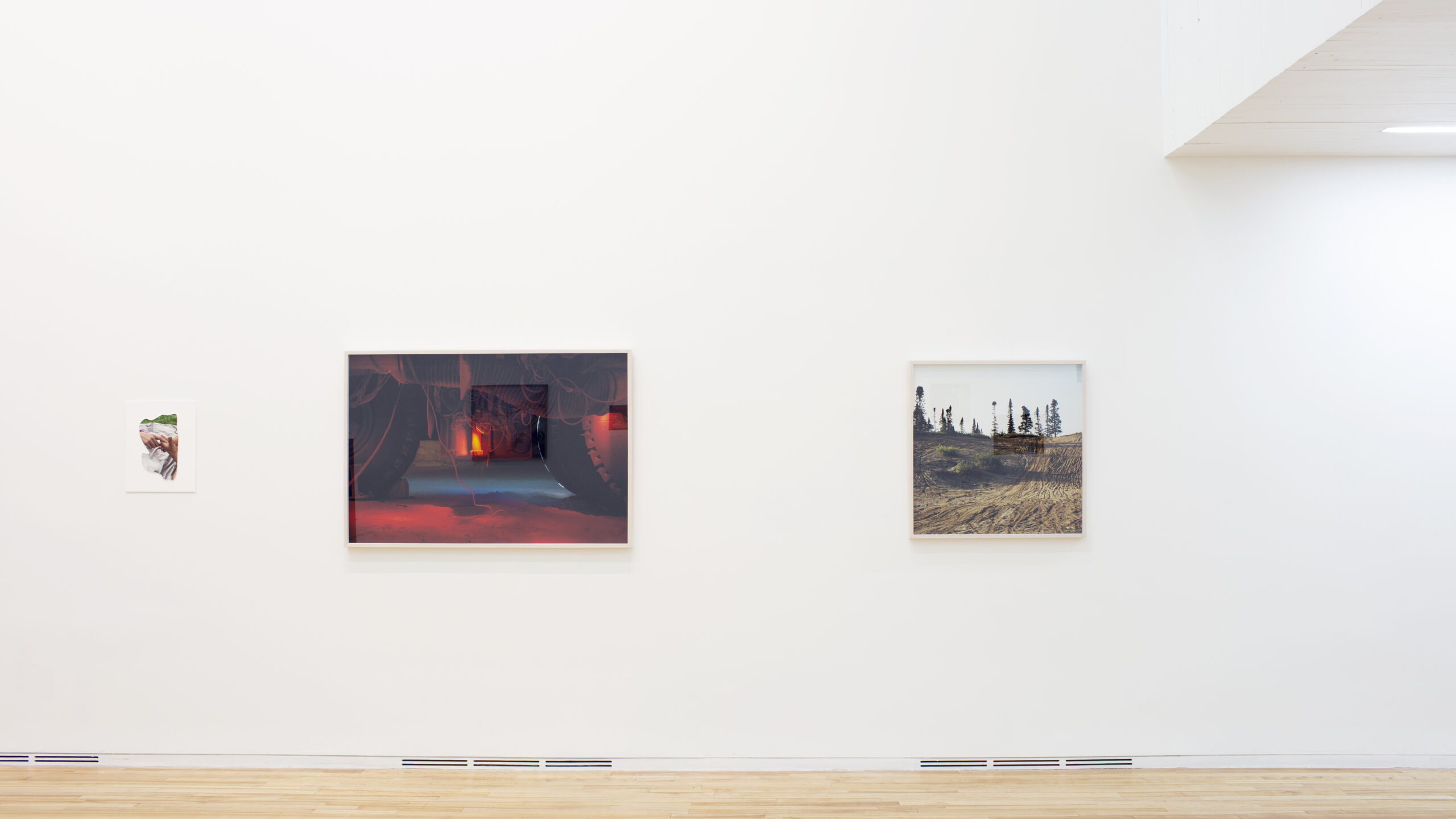 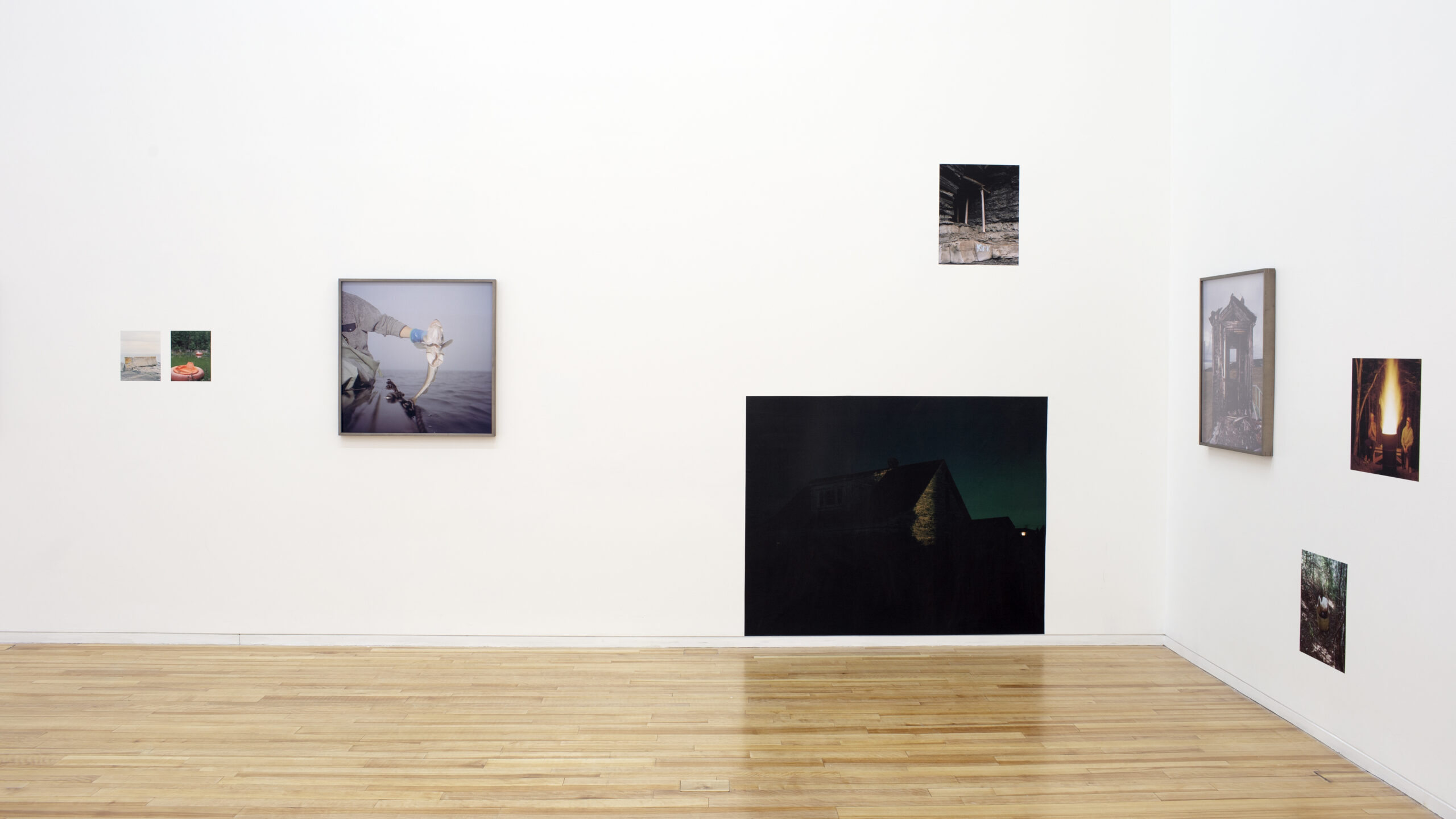 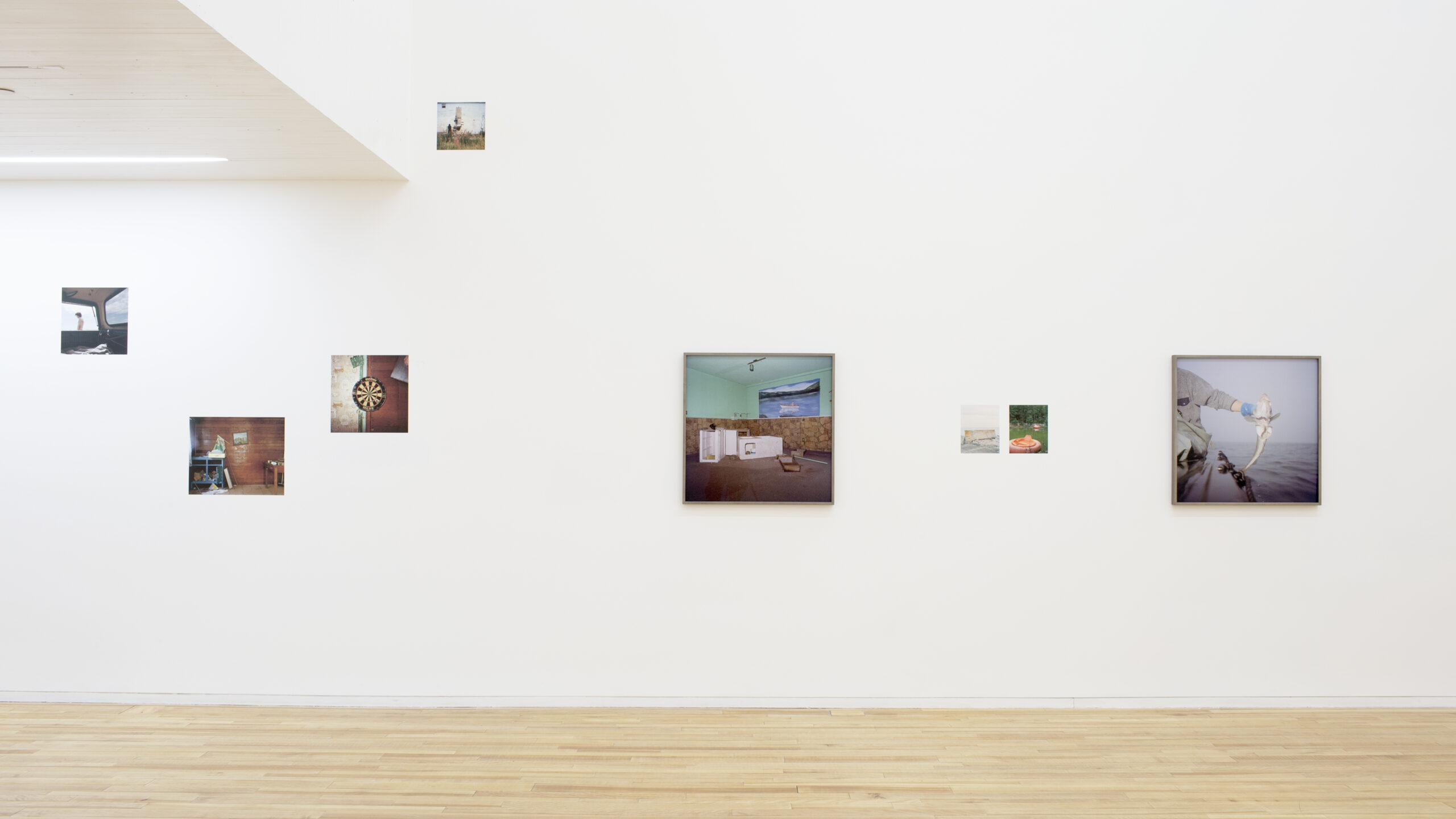 This new duo exhibition presents the work of Tanea Hynes and Ethan Murphy, two emerging artists from Newfoundland & Labrador whose work explores reclaiming a relationship with place. Both artists began working with photography from a young age, capturing the landscape through an autobiographical approach, often through scenes that are seemingly mundane, but are deeply reflective of their personal experiences, and also draw attention to broader economic and socio-political realities within the province.

The departure point of Tanea Hynes’ work is the awareness of the complex socio-political reality of living within the extractive economy. Hynes grew up in Labrador City, a town that was founded in the 1960s to accommodate employees of the iron ore mine, which remains the primary industry in the town to this day. Hynes’s work reveals the mundaneness, darkness, and difficulty of place. The city’s inhabitants have a complex relationship to the mine, whose presence looms large in the landscape. Her work explores this relationship and the social reality it reflects, including the complicated interconnections between the city, residents, and this industry. Drawing on her own personal experience of place and home, Tanea Hynes takes a critical approach to the idealized image of a company town proposed by mining companies by portraying lived realities taking place outside the public eye. This critical approach nevertheless acknowledges that work produced by these inhabitants contributes to creating the infrastructures necessary to modern life.

Ethan Murphy’s works capture the remoteness of landscapes in Newfoundland & Labrador. These subjects, the result of generations of economic migration away from the region, point unapologetically to a series of economic blows dealt to the province over the past half century. With events like the closure of Bell Island’s iron ore mine and the cod moratorium of the 1990s in the background, Murphy’s work portrays sites like Bell Island as spaces that testify to a loss, forgotten by the engine of industrialization,  and compounded by the artist’s own loss of a parent. For Ethan Murphy,  photographing these dormant spaces once rich with activity, becomes an act of commemoration and the persistence and endurance of site-specific memory.

Tanea Hynes is a 3rd generation open-pit mine worker, self-identified socialist, and woman of colonial-settler ancestry. Her works take an autobiographical and documentary approach to focus on the complex nature of extractive industries and the place of corporations within small, isolated towns. Through her images and works of various media, Hynes intends to build an intimate personal map of survival as a young woman, a hopeless romantic, and a worker under late-stage capitalism.  Hynes has shown work across North America and published a book entitled WORKHORSE in 2021. Hynes received the Hitting The High Notes fellowship (2020) and is the 2021 winner of the Roloff Beny Foundation fellowship in photography.

Ethan Murphy is a photographer born and raised in St. John’s, Newfoundland. He holds a Bachelor of Fine Arts in Photography Studies from Ryerson University. His practice links identity and place by reflecting on the psychological impact of Newfoundland’s rural environment. Murphy’s work is concerned with a fluctuating perspective acquired from leaving and returning to the island that enables him to renegotiate his connection to its remote areas. Using photography as a mediator, Murphy reconciles his relationship with identity and loss while examining the Newfoundland landscape post cod moratorium. His photographs function as personal documents that combine urban influence with a rural perspective. Murphy has exhibited internationally, at the National Gallery of Canada and was awarded the New Generation Photography award in 2019.