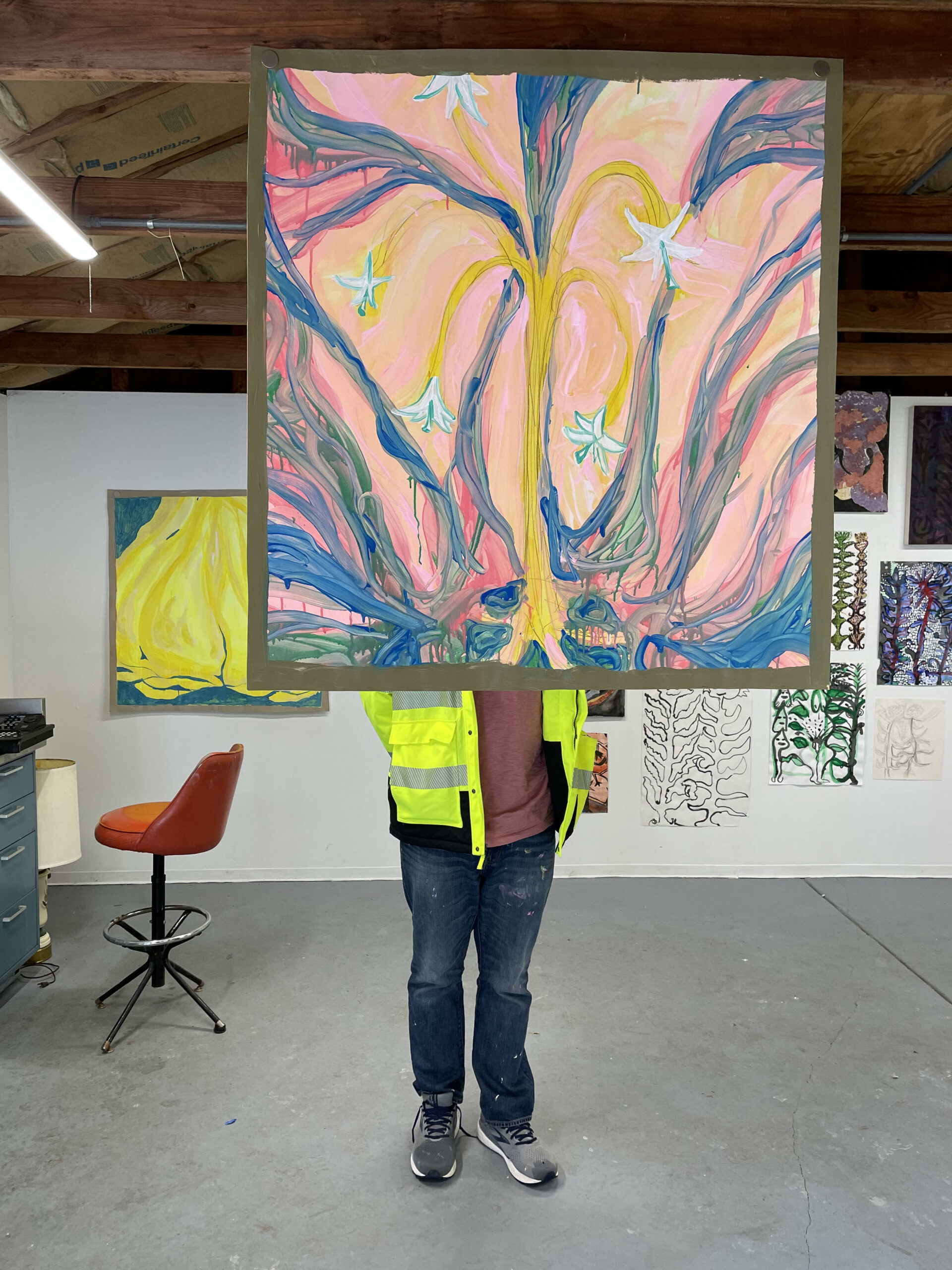 Zachary Cahill is an interdisciplinary artist based in Chicago. His work examines the nature of propaganda, politics, nation-building, religion, and society. Cahill’s practice focuses primarily on a fictional nation, the USSA, as a metaphorical tool for investigating real political narratives. Through boldly colorful, fantastical, and nearly-abstract projects in a variety of media, the artist plays with the objects, places, and rituals that make up a society. Since 2010, the USSA has incorporated installations, paintings, sculptures, séance performances, and artistic writings, which have focused on several zones of ideological indoctrination including an orphanage, a gift shop, a wellness center, the state farm, a state church/assembly, and a postal service.  His work has been exhibited in numerous venues in the United States and Europe, including the Berlin Biennale; Regina Rex, New York; Threewalls, and the Museum of Contemporary Art Chicago, among others. He has been included in ArtReview’s annual special issue The Future Greats (selected by Dieter Roelstraete, 2017)  and the Thames and Hudson’s 2018  international contemporary art survey The Artists Who Will Change the World by Omar Kholeif. His writings have appeared in Afterall, Artforum, Critical Inquiry, Frieze, Journal of Visual Culture, Mousse Magazine, and other arts publications. The Black Flame of Paradise his first novel with a preface by Catherine Malabou, was published by Mousse in 2018. Zachary Cahill is the Founding Editor-In-Chief of the arts and ideas journal Portable Gray, published twice annually by the University of Chicago Press for the University of Chicago’s Richard and Mary L. Gray Center for Arts and Inquiry where he is  Director of Fellowships and Programs.